With special guests: The Narcs

Australian based Kiwi rocker Jon Stevens and local legends The Narcs will now perform their Auckland, Wellington, Tauranga and Hawkes Bay concerts in early March 2022 instead of September 2021.

All tickets remain valid for these new dates, and extra tickets are on sale via Plus1.co.nz

In addition, the Hawkes Bay concert will now be held at Black Barn vineyard amphitheatre, rather than the Showgrounds (all tickets remain valid).

These new dates for Jon Stevens: The Noiseworks + INXS collection – are as follows:

Tickets for all four concerts are available at Plus1.co.nz from 9am Tuesday 17 August.

Says Jon: "The bubble has burst! ....Due to the ongoing trans-Tasman travel restrictions, we are gutted to have to postpone our NZ tour yet again.

“As an Aussie resident our current situation is clearly showing that restrictions will not ease anytime soon, so with the help of our NZ promoters we believe our safest alternative is to reschedule all NZ dates to March 2022.

“As a proud Kiwi I will not give up on coming home to play these shows so all current tickets held will be honoured.

“Looking forward to an even bigger NZ tour of Noiseworks and INXS hits! With love , Jon x"

Music lovers can look forward to Jon and his Australian-based killer band performing INXS gems like Need you Tonight, New Sensation, Never Tear Us Apart, Devil Inside and many more, as well as Noiseworks smash hits like Take me Back, Touch, No Lies and Hot Chilli Woman.

Jon Stevens fronted Oz rockers Noiseworks throughout their hit-packed career, and became new lead singer for the legendary INXS as they transformed into the new millennium.

The Narcs will open all four shows to perform stripped back versions of their hits like Heart and Soul, Diamonds on China, No Turning Back, and great new material. 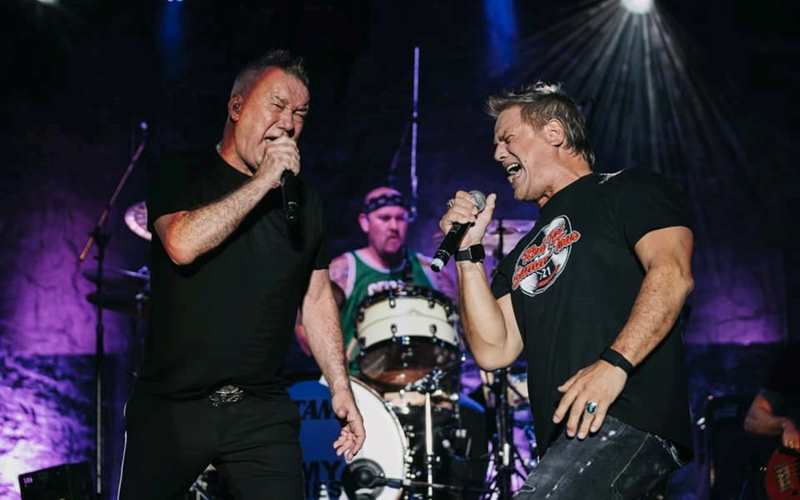