What do two out of the three members of Nz’s favourite post rock band Jakob do in their spare time? - Play the music of Radiohead! That’s right, the stars have aligned and Hail To The Thieves have formed..

A stellar line up of musicians sharing the stage and performing songs from one of the most influential bands of all time.

Hail To The Thieves {Jeff Boyle, Jason Johnston, Ben Throp, Willie Devine and Bysshe Blackburn} share a commonality of being forever influenced by the music of Radiohead.

From Pablo Honey thru to A Moon Shaped Pool and everything in between, Hail To The Thieves ensure that their interpretations of these iconic tunes are performed to the highest quality and artistic representation. Audiences have been blown away by the performances to date, making Hail to the Thieves a band in high demand.

Each band member has a significant portfolio of original work and credibility in their own right, having been in the New Zealand music industry for many years - and have gelled together effortlessly under this latest umbrella of musical works.

For all you Radiohead fans out there - this is simply not to be missed.

Radiohead is one of the more complex, nuanced bands to have appeared in the past 20 years, with a catalogue of diverse, stunning albums that have garnered them a massive fanbase. I saw them almost 20 years ago in Wellington and their gig is still one of the most memorable ones I have been to.

On Friday, at the Paisley stage, 'Hail to the Thieves' performed a selection of Radiohead’s songs from across the years and styles, from Pablo Honey to Moon Shaped Pool. Like anyone who knows Radiohead's music, the challenge to recreate 'that sound' must be daunting, to say the least. Well, I was blown away, as were the rest of the intimate audience, by this band's energetic, multi-layered performance. The accuracy and passion that they delivered number after number was amazing. They absolutely tore the roof off the joint with some absolute (in frontman Ben Throp's words) bangers. 'There, There', 'Weird Fishes/Arpeggi,' 'Reckoner,' 'House of Cards' 'Optimistic' and, of course, Radiohead's magnum opus, 'Paranoid Android' all were fantastic, and the audience were most appreciative.

The band: Jakob stalwarts Jeff Boyle and Jason Johnston, and the multi-talented Ben Throp, Willie Devine and Bysshe Blackburn are all at the top of their game in this latest project. If you get the chance, make sure you don't miss Hail to the Thieves when they perform next, you will not be disappointed! 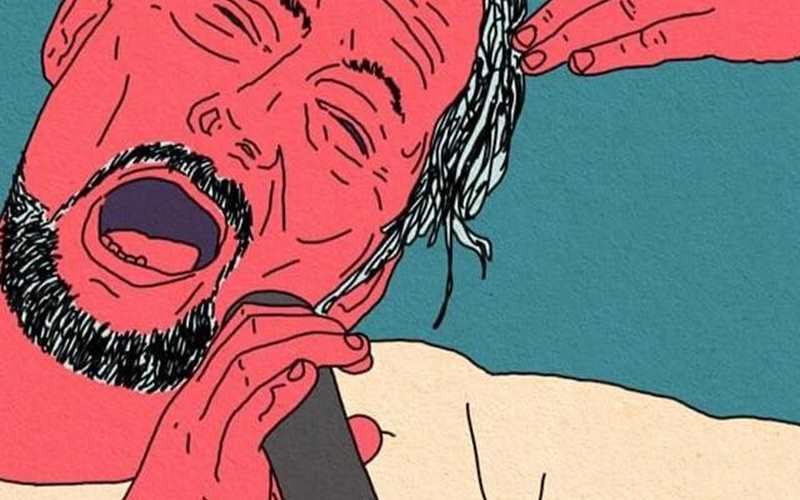