Over the last decade, I Am Giant have dominated mainstream rock radio in New Zealand and wowed some of the biggest festival audiences around the world with their melodic alternative rock anthems. And although they’ve had a phenomenal impact on their home country, I Am Giant’s journey is one that has played out on a global scale, with all the sweat, guitar fuzz, and onstage mayhem you could hope for in a rock and roll story.

Since releasing their first EP City Limits / Neon Sunrise in 2010, I Am Giant have taken their music through Australia, Asia, the UK, and Europe. They have headlined festivals in Poland alongside the likes of Bring Me The Horizon, 1979, Outkast, and Limp Bizkit, performed at Skate and Surf events throughout the UK, Europe and Asia, rocked the Viper Room in Los Angeles, and shared stages in Singapore with the Stone Temple Pilots and Guns N’ Roses guitar hero Slash. That’s all without mentioning Australia, where they toured extensively and rocked the Big Day Out in Sydney twice plus their epic nights in Vietnam and Bali, or the love shown to them by the likes of Zane Lowe (when he was at BBC Radio One) and Kerrang! Magazine and Radio in the UK.

With their third and final album ‘Life in Captivity’ due for release on March 16, the band are pleased to announce their NZ album release tour along with a new single ‘Don’t Look Back’.

I Am Giant’s third and final album ‘Life in Captivity’ will be released on March 16th via AWAL and Rhythmethod. 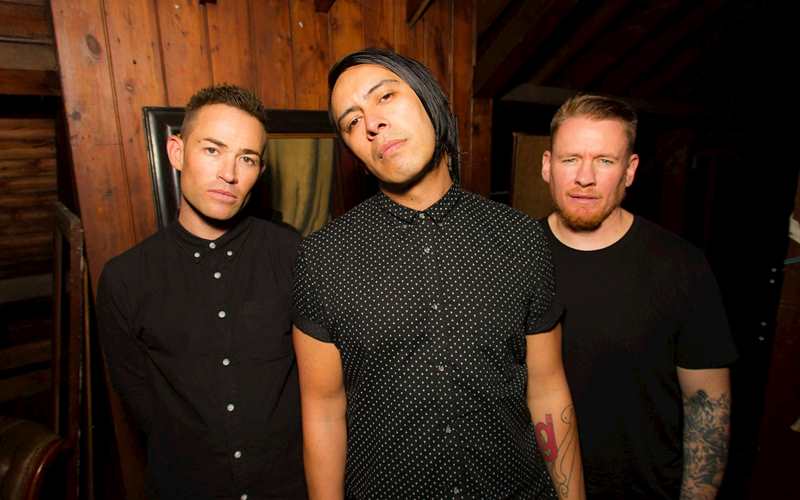