The Rock presents Skinny Hobos Album Release Tour. Straight off the back of a scorching Homegrown set in Wellington, a couple of dates on I Am Giant’s final NZ tour and the announcement of their debut performance at Spark Arena in support of Biffy Clyro, Skinny Hobos celebrate the launch of their debut album with an 11 date national tour.

Never content to rest on their touring laurels, Skinny Hobos will be delivering their power-packed, 2 piece rock and roll across the country on their biggest headline tour yet, ably supported by Auckland riffers His Masters Voice. Alex Elvis, vocals and guitars states, “it’s been a long time coming, but we finally have an album that we’re proud of and we can’t wait to come play it for you!”.

The video for current single Jacked like the Ripper, a live set favourite, will also be released on the 18 May. The single is available now through Spotify, iTunes and all other digital outlets.

w/support from His Masters Voice - The Devil's Blues, Coridian 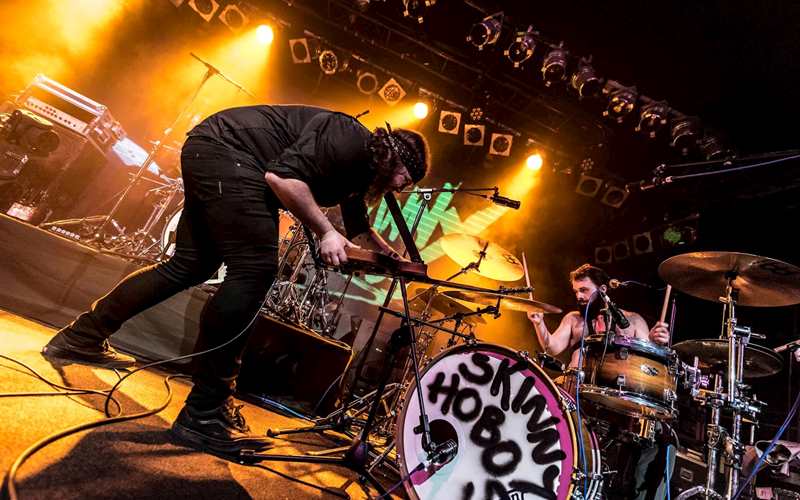