TICKETS AVAILABLE NOW, GET IN QUICK! Fresh off a summer which has already seen them perform at some of New Zealand’s biggest festivals, L.A.B are set to perform a special headline show at Mount Maunganui’s TOTARA STREET.

After the release of their debut self-titled album, L.A.B. have quickly become one of the most exciting and sought-after acts in the country. Upon release, the album reached number one on the iTunes Album Charts, and it has remained in the top ten of the NZ Album Charts since. Together, Brad & Stu Kora, Joel Shadbolt & Ara Adams-Tamatea unique blend of soulful-rock and electronic-funk has helped create a growing following. 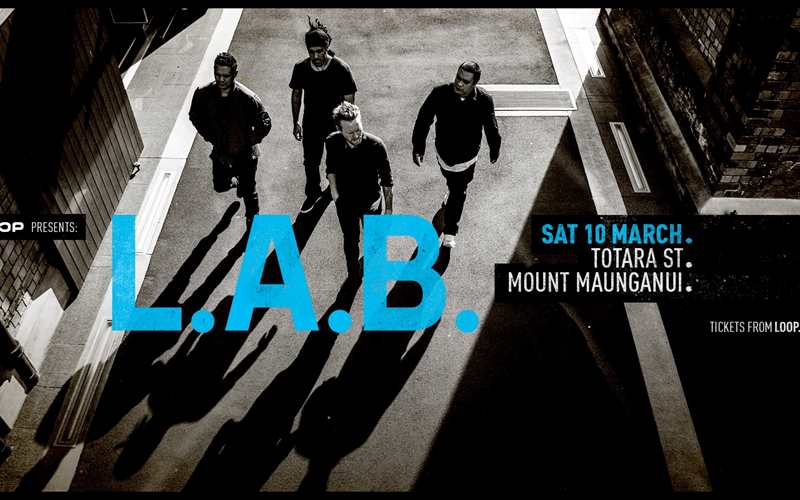