TOMORROW PEOPLE TAKE BBQ REGGAE ON THE ROAD FOR 10 DATE TOUR. Aotearoa’s favourite ‘BBQ reggae’ band Tomorrow People are hitting the road in celebration of their #1 album BBQ REGGAE. The Wellington-based collective achieved the seemingly impossible earlier this year, knocking international superstar Ed Sheeran off the top of the charts, when their latest EP BBQ REGGAE debuted at #1 in the Official NZ Music Charts.

Now to mark the momentous milestone, Tomorrow People have announced a 10 date nationwide tour, which kicks off in Whangarei at Tiki Tavern on Friday, May 11 and ends in Gisborne at the Cossie Club on Saturday, June 6.

Presented by Pato Entertainment and Flava, the extensive tour takes in all corners of the North Island, including Ruakaka, Whakatane, Turangi and Rotorua, and is a way for Tomorrow People to say thanks to their loyal fanbase and the new fans they’ve won over with their unique style of sunshine reggae.

Tomorrow People - Marcus Abraham, Ken Saupese, Hamo Dell, Avina Kelekolio, Duane Te Whetu, Dan Sugrue and Tana Tupai - are one of the country’s most-loved reggae bands, with a string of popular releases to their name, including ‘Souljah Feeling’, ‘Feel Alright’ and ‘Take It Away’.

They made headlines when their EP BBQ REGGAE toppled Ed Sheeran from the charts and drew praise for releasing single ‘Don’t Wanna Fight It’ in three languages - English, Te Reo and Samoan, as a mark of respect to the band members’ heritage and the diversity of their audience. The band performed a tri-lingual mash-up of the track that went viral on their Facebook page.

Tomorrow People have established themselves as one of New Zealand’s most popular live acts, performing this summer at some of the country’s biggest festivals, from One Love Festival to Homegrown. They’ve also taken their music to the world, with tours across Australia, Tahiti, Rarotonga, Fiji, and Samoa.

Don’t miss your chance to experience the magic of Tomorrow People live. 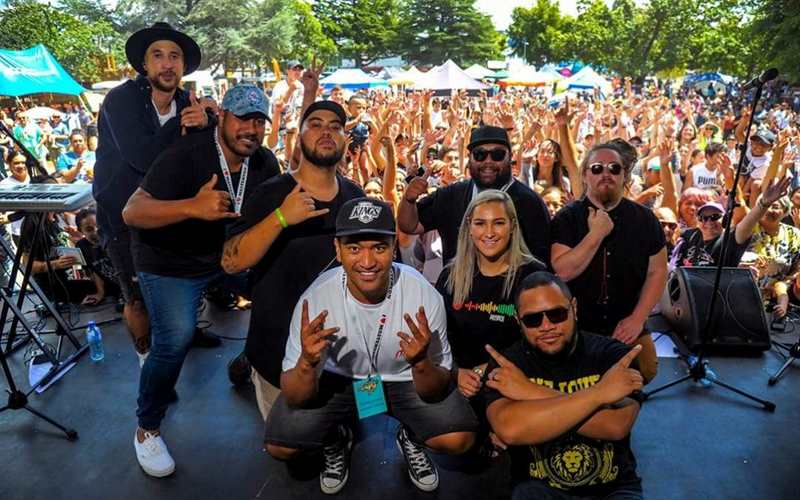