Sons of Zion have well and truly earned their place as one of the strongest forces in New Zealand music. ‘Come Home,’ the first single from a new body of work, sets the bar high for the next chapter in their legacy.

‘Come Home’ follows the hit single ‘Drift Away’ which is now certified platinum in New Zealand and was the #1 most played song on New Zealand radio for 11 weeks running, achieving the #1 NZTop20 NZ Single, over 10 million streams and almost 1 million video views.

With their fusion of reggae, heavy rock, dub and funk, the Sons of Zion are a six piece crew based in Auckland. Their live stage presence has captivated audiences all over the country with their infectious sound, a mixture of reggae groove with melodic vocals, phat dubb bass lines and heavily distorted guitar rifts…there's something for every musical taste within their original set.

From their humble Kiwi beginnings, to playing shows across the globe and dominating charts, Sons of Zion have amassed over 40 million streams on Spotify, more than 20 million views on YouTube and 100,000-plus followers on social media.

Their accolades include a NZ Music Award for ‘Best Roots Artist’ in 2018, NZ on Air Best Music Video Award for Superman and nominations for ‘Best Māori Urban Roots Album’, ‘Best Song By A Maori Artist’ and ‘Best Song Writer’ at the Waiata Maori Music Awards.

Since their 2007 New Zealand Music Month debut, the Sons Of Zion have continued to build momentum in the NZ music industry and have stamped their unique sound locally at festivals such as Parachute, Native Noise Waitangi Day, Maoriside Tour and the 2008 V8 Super Cars just to name a few. 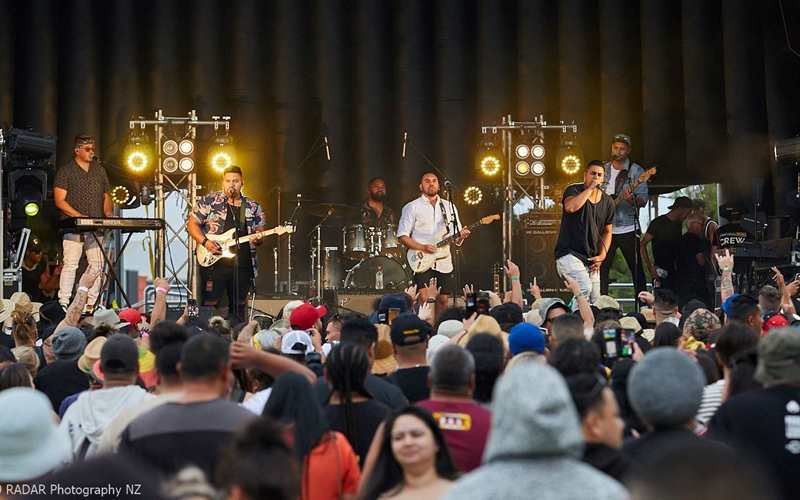