This July indie sludge-pop rockers Soaked Oats return to cities across New Zealand in celebration of the release of their new EP 'Sludge Pop', out June 14th via Australian indie label Dot Dash Records. This show comes hot on the heels of the band touring in the UK (including an appearance well-renowned UK festival ‘The Great Escape’) and Australia.

Soaked Oats are a young four-piece band hailing from Dunedin, New Zealand who have been described as “a southern stew of Kurt Vile with a good shake of Kevin Morby and Mac DeMarco”. Since forming in 2017, Soaked Oats have come to notoriety for writing songs about stoned fruit (‘Avocado Aficionado’, ‘I’m a Peach’), and have have become known for endearing live performances showcasing the bands penchant for joyous songwriting and high energy shows.

There’s something infectious about their sound;
it’s happy, it’s relaxed and a little bit cheeky.” - Pilerats

Support act to be announced. 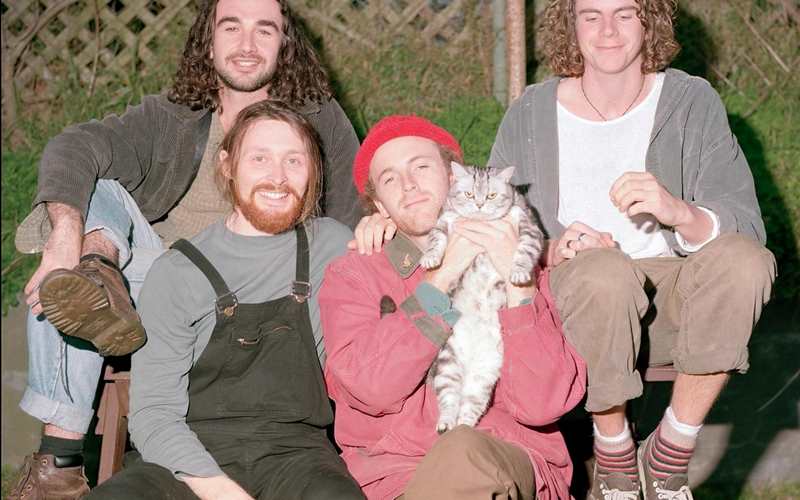