New Zealand’s biggest rock export LIKE A STORM are coming home for their first ever Kiwi Headline Tour.

Having played 112 shows in 19 different countries all over the world in 2019, New Zealand’s hardest-working hard rock act are making a New Zealand stop before they hit Europe, USA and Japan across 2020.

With over 12 million streams from 79 countries on Spotify, Like A Storm were New Zealand’s most-listened-to heavy Rock act in 2019.

They are also the highest-charting New Zealand Rock band in US Active Rock Radio History, having had 7 singles break the US Active Rock Top 40. They have over 30 million views of their videos on Youtube, and the New Zealand Brooks brothers produce all their music themselves.

Metal Hammer UK Magazine describes Like A Storm as, “Re-writing metal’s rulebook like never before.” Kerrang UK labeled their sound, “Big riffs and arena-sized choruses,” while Alternative Press (US) called their work, “A melodic metal masterpiece.”

Having been invited to share stages all over the world with the likes of Ozzy Osbourne, Slash, Godsmack, KoRn, Alter Bridge, Three Days Grace, Sevendust, Gojira and more, Like A Storm are returning home for a full, nationwide tour.

2019 in particular was a big year for Like A Storm, who pushed into new territories like Japan and Eastern Europe. The amount of kilometres they toured in 2019 is the equivalent of traveling over halfway to the moon.

Last year Like A Storm were invited to open the first ever Download Festival Japan in Tokyo. They completely sold out of merch at the festival, and were subsequently invited back for two headline shows in Osaka and Tokyo in September.

“All we wanted to do with our lives was tour the world playing music,” says Kent. “But New Zealand has always been a massive part of who we are, we come home every year to write, reconnect, so we’re stoked to be coming back to do this time to do a full tour.”

Now based in the US, you may have caught Like A Storm back home on prior trips supporting U.S Heavyweights Alter Bridge in Auckland, or at Homegrown Festival in Wellington. Or most recently, on the nationwide Decades Tour with Kiwi heavyweights Devilskin.

“Most international bands just tend to hit the bigger cities when they come to New Zealand," says Matt. "But being Kiwi’s ourselves, we wanted to play as many shows as we could. The tour we just did with our mates in Devilskin really gave us faith that rock shows are alive and well in New Zealand. Every night the crowd was off the hook, and we walked of stage after every show saying to each other, “We have to come back.”

Joining Like A Storm will be special guests Black Smoke Trigger, hailing from Napier. “We got to know the Black Smoke Trigger guys on the tour we did together supporting Devilskin," Matt continues. “Not only are they great people, but we saw how much their live show whipped the crowds into a frenzy every night. Anyone who came to one of those October shows with Devilskin knows just how awesome Black Smoke Trigger are, so for us they were the natural choice to have on our first NZ headline tour.”

Like A Storm’s latest offering “CATACOMBS” charted all over the world including the U.S, Germany, Australia, Canada and back home in New Zealand. It was #4 on the Tower Records charts in Japan, behind Taylor Swift, Prince and KoRn.

“We feel like we’re playing and writing the best we’ve ever done right now,” says Kent, “And loving it now more than ever.”

Like A Storm with special guests Black Smoke Trigger | Tickets $29 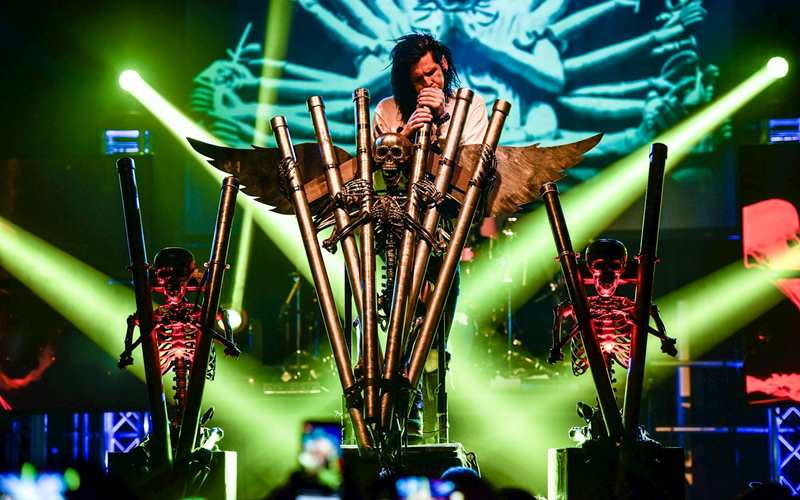