The award-winning singer-songwriter returns to New Zealand with a stunning run of dates celebrating The Brightest Light album release!

"We can’t wait to get back on the road and back on the stage after having to come home from our European tour halfway through. And so many beautiful New Zealand venues to play in, too!" - Thomas Oliver

“One of New Zealand’s most talented musicians.” - Ambient
Light

About Thomas:
Thomas Oliver represents the openness of the mind and the heart, both as a musician and as a human. He touches people's lives in all corners of the globe as he draws a connection between various forms of music that could otherwise be considered polar opposites, and he invites people into an artistic perspective which is entirely unique. His warm demeanour and story-telling on stage are as much a part of his musical identity as his unmistakable falsetto-singing range or his world-renowned touch on the lap-slide guitar, or his celebrated vocal contributions to the genre of Drum & Bass music (for which he was recently a finalist for the Best Vocalist Award at the Drum & Bass Arena Awards). Thomas Oliver is the epitome of the term, “one-of-a-kind”.

Produced in Berlin and recently announced for release on March 6th, 2020, full-length album, The Brightest Light, is a colourful and dynamic journey through Soul, Roots, RnB and Folk, and Oliver's distinctive perspective on the world around him. The first single (released in October), Bulgarian Mountains, has captured the hearts of many, including the millions of Bulgarians who have seen any of the numerous pieces across the biggest television stations in the country, telling Thomas's story and the story behind the song, inspired by a chance meeting with a Bulgarian girl in Amsterdam named Martina.
First and foremost, Thomas Oliver is a singer-songwriter, and for his songwriting he was awarded the most prestigious songwriting award in his home country of New Zealand (the APRA Silver Scroll Award – Song Of The Year) in 2016, for his hit, If I Move To Mars, from his last studio album titled Floating In The Darkness, which debuted at #6 on the Official New Zealand Music Charts.

About The Brightest Light:
I wanted to write music that felt new to both me and my fans, and I wanted to be inspired by a crazy environment and a new life. So I moved to Berlin, Germany, and set up a studio soon after completing a 19-date European tour. Berlin is unconventional, colourful, and sometimes challenging, which is what made it the perfect place to base myself while I wrote this music. I started writing songs as soon as I touched down; I couldn't help it. I was listening to a lot of Gary Clark Jnr, Son Little and Amos Lee at the time, and those shades are definitely evident throughout. I was also meeting people, checking out live music, and immersing myself in the mellow madness that is Berlin. For me, having a studio of my own is vital to the creation of an album, because I love to dive deep into the songs and the productions, and explore the dark corners of them all in the small hours of the night. I love to know that I left no stone unturned. 'The Brightest Light' is the result of eight months of diving deep into my musical mind, and exploring my production abilities. Because it is self-produced and self-mixed, I believe it carries a very personal and intimate touch which I find myself drawn to in others' music. I love all sorts of music, but I have a special love for when I can hear a person's mind in the music, rather than a team of people's minds. James Blake, for example; his music sounds like the complexities of one man's mind, and I find that compelling.

The irony of moving to Berlin to make this record is that it doesn't really sound like Berlin at all. You can find anything you want in Berlin, of course, but when I think of Berlin music, I think Alternative Indie Electronic, or Techno, or Metal. But 'The Brightest Light' sounds to me like a combination of Soul, Roots, Folk and Pop, but it certainly carries some of the energy and diversity of Berlin. I also wrote some of this record in Amsterdam, or inspired by encounters in Amsterdam.
This is a singer-songwriter record, but it goes to places that most singer-songwriter records don't go. I'm very proud of it; the writing, the playing, the production and the mixing. I'm very happy it is out in the world. 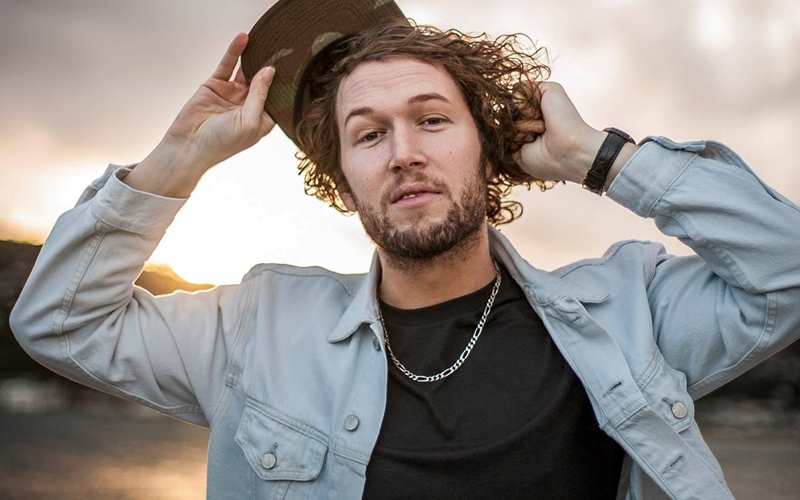