THIS SHOW HAS BEEN CANCELLED.

Midwave Breaks have wasted no time making an impact since launching online in April 2021, with their explosive debut single ‘Lemonade Hand Grenade’ blowing up at Rock radio across the country, spending much of the past few months in the Top 5 of the Radioscope Rock Airplay charts. They also added their own splash of colour to the iconic NZ Anthem from Shapeshifter, releasing a cover of ‘In Colour’ for NZ Music Month 2021.

To celebrate the release of their latest EP, featuring the new single ‘We Are The Ones’, Midwave Breaks test the mid October waters with a duo of live shows, performing in Auckland and Mount Maunganui.

While Midwave Breaks may be a ‘new act’, the instant audience and radio rapport is not suprising considering their history, with former Supergroove drummer, and West End ‘Stomp’ performer Paul Russell, joining forces with his brother in arms from Eight, internationally celebrated singer-songwriter and guitarist Bruce Conlon. The pair first crossed musical paths at Lynfield College circa 1989, and over the decades since have collectively racked up a haul of gold and platinum selling albums, international song-writing awards, and for Russell, a place in the NZ Music Hall of fame in 2014.

‘Purposefully Retrospective’ is the calling card of the Midwave Breaks style, owing as much to New Zealand summer road trips as they do to Tom Petty, Bruce Springsteen, Pearl Jam, and the soundtrack of their youth.

Midwave Breaks are driven by the energy of the creative process, with an innate ability to craft songs that capture a moment and stick in your head. This formidable duo are a powerhouse of song writing, production, musicianship and live performance.

The new EP ‘We Are The Ones’ is available from Friday September 17 for download or streaming from your platform of choice. 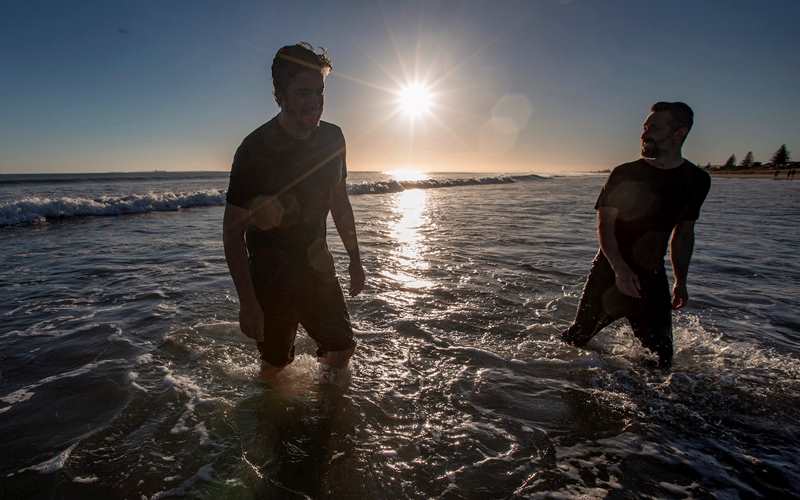