"David Brighton has the voice, moves and look to actually step in for David Bowie if he were unavailable and few would ever know. Experiencing David Brighton's Tribute to David Bowie made for a truly remarkable evening…" - Harry Maslin, the Producer of David Bowie's Young Americans and Station to Station Albums.

Brighton's credits include performing side by side with David Bowie himself in the TV commercials for Vittel Mineral Water and for Reality - Bowie's CD. The career spanning ads, in which Brighton portrays many of Bowie's most legendary personas, have been airing in the United States, Great Britain and throughout Europe.

This unforgettable stage production is complete with flamboyant costume changes, elaborate staging, perfectly emulated vocal stylings and one of the best all-star backing bands in the business. All of the many faces David Bowie are present from stadium-sized pop phenomenon, to space-age rock and roll alien Ziggy Stardust and so is the excitement and electricity.

"David Brighton's charisma keeps the audience mesmerized and his vocals are flawless. His likeness to Bowie is eerie. The crowd actually gasped in amazement as he took the stage. You wondered if it wasn't really Bowie himself. Everyone was leaving their seats and kicking up their platform heels to the sounds of chart-topping hits like Fame, China Girl, Let's Dance and Modern Love. What (Brighton and band) give is nothing short of the opportunity to go back in time…" - The LA Review

Before entering the world of celebrity impersonation, David played lead guitar with a number of popular recording artists. His stint as a sideman began with a phone call from Kevin Dubrow from Quiet Riot. Dubrow tapped David to replace the legendary guitarist Randy Rhoads. In addition to his live work, David’s versatility as a session player can be heard on numerous artists’ albums, movie soundtracks and commercial jingles.

David also enjoyed the hysteria that went along with portraying George Harrison worldwide with a number of the world's top Beatle groups, including: The Stars of Beatlemania, The Fab Four, 1964 (The Tribute), Beatlemania Live, Twist And Shout, Classical Mystery Tour, Rain, and When We Were Fab.

David Brighton is credited as being the world's best David Bowie impersonator, with one of the most entertaining tribute acts ever to hit the stage 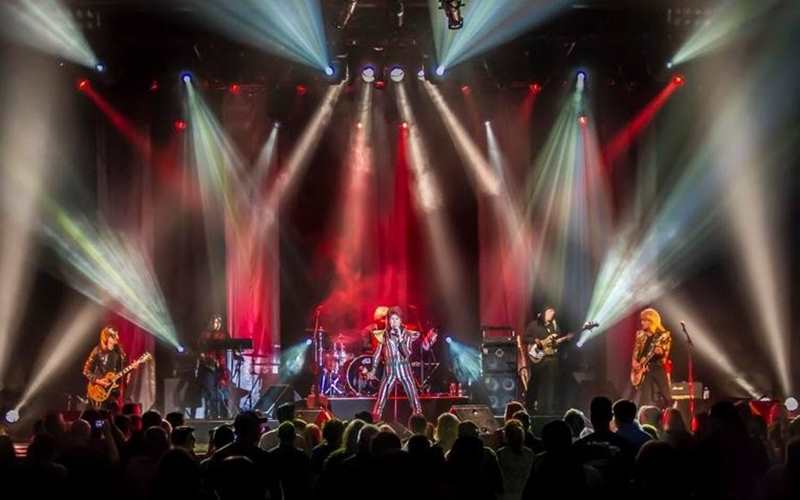