Kiwi pop sensation Mitch James is about to take the world by storm, announcing a string of international shows and a New Zealand tour. Throughout May, James – who now shares a booking agent with Ed Sheeran - will play shows in the UK, including an already sold-out show in London. He will then return to New Zealand to embark on his biggest headlining tour to date.

He will be supported on his New Zealand tour by the four-piece indie pop-rockers Mako Road. See below for more info.
Mitch James’ self-titled gold-certified debut album has dominated the charts and amassed more than 80 million streams on Spotify, since its release last year. The record contains four Gold certified singles, including current single ‘Bright Blue Skies’, ‘Old News’, ‘All The Ways To Say Goodbye’ and '21’.

After a busy 2018, in which he toured extensively – playing sold-out shows across Australia with Conrad Sewell; opening for Ed Sheeran in New Zealand; and his own headline tour - James intentionally held back over summer, performing at only a handful of shows including ZM’s Float and to a packed crowd at the renowned Homegrown Festival in Wellington.

Now the singer-songwriter is set to debut new music and play his firm favourites to fans across the globe, but most importantly to his loyal Kiwi supporters. James is thrilled to have Mako Road joining him on the road. Formed while at the University of Canterbury, Mako Road is an indie pop-rock outfit from Christchurch. Beginning as a covers band playing at university events and parties, the four lads eventually developed their own sound influenced by a range of genres, leading them to release three singles in 2017, and their debut EP, THE GREEN SUPERINTENDENT in early 2018. They recently sold out shows across New Zealand. 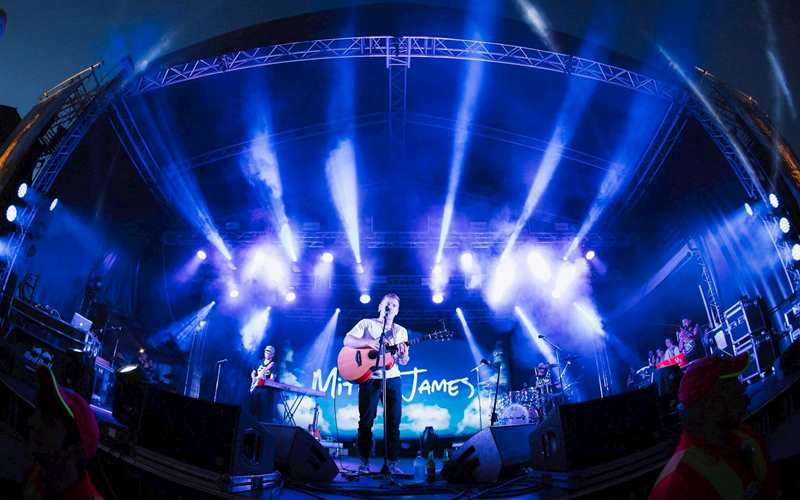