On the band's first nationwide tour in 5 years, they will perform 8 dates across Aotearoa this November. Celebrating the expansive new album Friend Ship ; a post-apocalyptic love letter from the future to the present and the soundtrack to the swirling oblivion that is 2020.

The Phoenix Foundation have lived many lives. From high school distortion addicts to indie folk trippers to masters of motorik dream pop. It’s been five years since GUYD but that down time has been spent writing, recording, touring with the New Zealand Symphony Orchestra, creating the acclaimed soundtrack for Hunt For The Wilderpeople, building shrines to light, creating scores for VR, producing other bands, baking sourdough. Slowly, when they could, the six old friends found time to work together in studios, garages, forests, and sheds around New Zealand to put together the concise ten song set of that is Friend Ship. Featuring Nadia Reid, Hollie Fullbrook (Tiny Ruins) and Anita Clark (Motte) their 7th album is both a classic collection of Phoenixy songs and a new palette of sounds and characters.

Both Lukasz and Samuel’s songs delve into the dissatisfied confusion of contemporary content dominated life (a working title was The Age Of Anxiety). The album also features the full glory of the NZSO, a Polish choir, disco pop about archaic forms of communication and the true origin story of the band; Lukasz’s tale of moving to NZ from communist Poland and how hard that was until the arrival of cherry red strat in his life.

Friend Ship stands for the power of friends and communities to carry us through life, for better or worse. After 20 years the band has had its internal ups and downs but in this rather brutal time in history it’s our genuine friendships that can move us through to a potentially brighter, more equal, less pandemicy future. “I will answer when you call me on the Landline.” 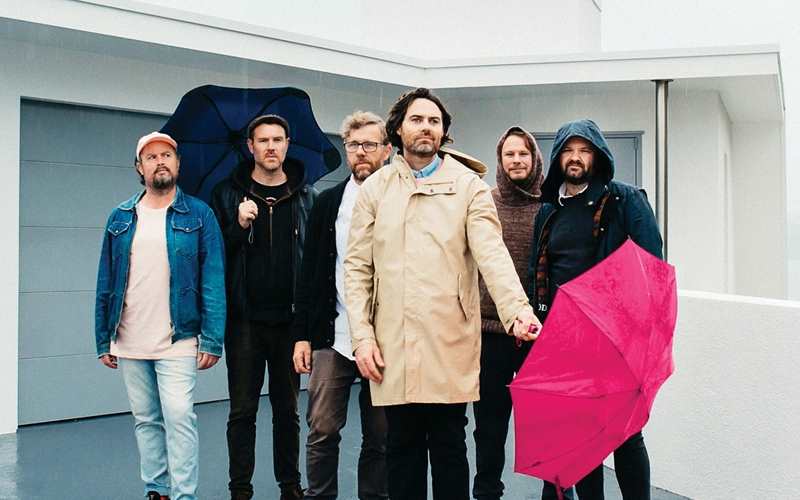