POSTPONED !!
Due to the recent phase changes implemented by the government, Baseline Pre-Party is unfortunately postponed.
One of the members of RedHearing has been deemed as a casual contact of the recent positive cases and we therefore want to take every precaution possible to ensure we are upholding safe practices.
We also don’t think it’s fair to NZ to hold a gig with the potential risk involved of spreading the virus.
All ticket holders will be reimbursed and RedHearing will do our best to find another date in the near future.

Limitless Touring & RedHearing are ecstatic to join forces & present you the Baseline Pre-Party.

The Baseline Pre-Party is here to warm up the punters for Baseline 2021. Let us celebrate some of our favourite artists on the upcoming lineup and let everyone get freaky in the lovely Mount Maunganui before making the migration down south.

Baseline 2021 is going to blow your mind. Following last year's phenomenal day out, there will again be two genre dedicated stages accompanied with some of Dunedin’s finest foods and Aotearoa’s sickest garment producers. The Pre-Party will follow this theme and quench your thirst for both house music and DnB. We are super excited to welcome the following acts:

See you on the 19th of February for the cherry on top of your summer.

Witters
What better way to reminisce on RNV than by coming and watching the legend WITTERS. Witters is an Auckland based producer and DJ and one of the most talked-about artists of 2020. He has established his name by throwing down the main stage at Rhythm & Vines and supporting the likes of Alix Perez (UK), Netsky (BEL), S.P.Y (UK), Friction (UK), Lenzman (UK), and A.M.C (UK).

Recently picked up by Lunchbox Records, Witters has just released the sophomore single ‘Calibrate’ to the joy of the DNB community. This single has attracted the eyes and ears of people from all over the world. Come & witness one of his first sets of 2021, you won’t regret it.

Connor Tomoana
Connor Tomoana, a member of the Collekt House Group, has had an incredibly fun festive season following & playing at Aotearoa’s favourite festivals. Connor & the Collekt boys warmed up for summer with their sold-out event, Sets & Sails only to follow it up with a poolside performance for Rhythm & Vines. Tomoana has been riding off his success from his Baseline 2020 performance, where some were saying he had the performance of his life. Tomoana produced one of our favourite mixes from last year. 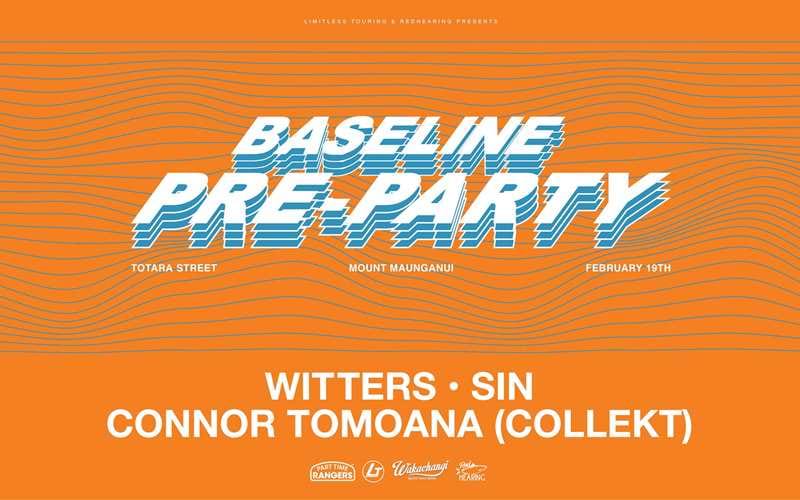