This is The Black Seeds’ first national tour in five years and the band are excited to be back on the road playing their new material; as well as all The Black Seeds’ classics fans know and love.

“It’s always great to tour a new album in Aotearoa. I think I personally get more nervous or just have higher expectations of myself playing new songs on a NZ album release tour… I really look forward to sharing our music,” says Dan Weetman.

Alongside the LOVE & FIRE tour announced today is the release of the new single by The Black Seeds - ‘Game Over’, accompanied by dub-version. Also out today is a captivating video for ‘Game Over’ - set on the inside of a pinball machine!

‘Game Over’ is the fourth single to be released from their upcoming seventh studio album LOVE & FIRE, out June 17. Previously-released singles from the album include ‘It’s So Real’, ‘Bring The Sun’, and ‘Let The Sunshine Through’.

Packed with muted guitar riffs, driving bass and drums, and an infectious horn section, ‘Game Over’ is a classic reggae track that showcases the bands iconic sound. Led from the front by vocalist Barnaby Weir, ‘Game Over’ tackles the challenging subjects of adversity, depression and the daily domestic grind.

“The lyrical content of this song describes some of the challenges and feelings of life as a musician and parent in this world,” says Weir.

“It’s about the struggle to be the best you can while maintaining relationships and careers - as well as feeling like you’re achieving something. It’s definitely a feeling we all have at times.”

Banished Music presale goes on sale at 9.00am Monday May 9

General tickets for all shows go on sale at 9.00am Wednesday May 11 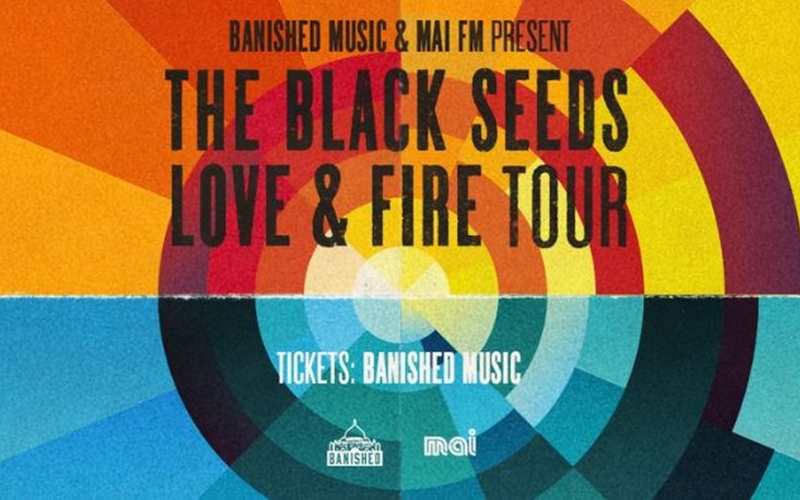