Since the release of 'The ShockOne EP' in 2009, which featured the chart topping 'Polygon', SHOCKONE has been one of the hottest names in the scene. 'Polygon' received major air-play worldwide with high-rotation play listing on Australia's Triple J radio and Radio 1's Annie Mac penning it as, 'The biggest drum and bass tune out'. The EPs three drum and bass tunes achieved the top 3 spots on Beatport’s drum and bass chart, and 'Adachigahara's Theme' stayed at number 1 on the dubstep chart for over a month.
Karl is now back with his second full length record 'A Dark Machine'. ADM is a masterpiece that required this length of time to be crafted into its final form. It is a record that will be enjoyed by early ShockOne fans while still being ahead of its time.

Our special guest the evening Sturling. (AKL)
One of the New Zealand trap scene’s most promising up and comers. Sturling has crafted a place in the NZ trap scene fast and hard. Coming through on collabs with T1R and more, his recent track Whiplash which has received support from the likes of Australian heavy weight Hydraulix and review from Katana, creator of Bassment as “NZ trap song of the year” With an arsenal of tasteful Bass heavy bangers this kid is not to be missed.

We are proud and excited to present ShockOne to the passionate DnB fans of Tauranga! For the mean time check out ShockOne's Spotify artist page below and get excited for a high caliber, high energy night of DnB. 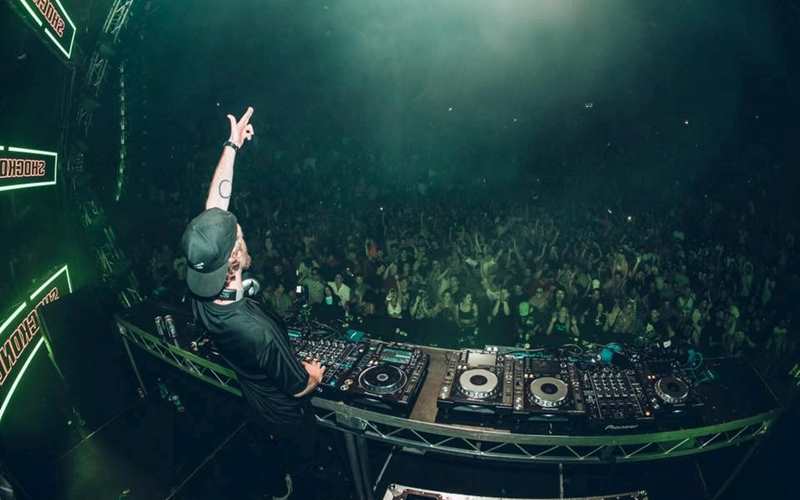